You'll find him on Youtube, Soundcloud, Twitter, Talawa, Versionist, Facebook, iTunes et al. He's been on the BBC (Rhythms Of The World Programme), He's graced many a radio station both real world and internet, His dub poetry has appeared on many underground artists creations (attempted full discography below) not only on dub music but hip hop and folk. He's toured various countries as MC as DJ as Dub Poet as Speaker at seminars on music and media. Currently he has a DJ slot at Versionist Village Radio every wednesday where he selects his favourite reggae and dub music from past and present both underground and above ground. He's a writer and has edited the book Art And Social Justice - The Media Connection - recently published.
A mainstay and revered part of today's underground scene we take an indepth look into the one Haji Mike.

"The main thing that keeps me motivated is the live situation. No matter what happens to how we buy or get the music for free, there will always be the need, the fulfillment in audiences to see, hear and feel music as a live performance. And musicians themselves, will always get that equal buzz factor, doing it in front of audiences, and making a communicative connection – no matter the content, style or sounds. Some people will do it for fame, some for love, and some for peace, but at the end of the day, many of these people will feel that need to carry on and perform." Haji Mike.  READ THE FULL ARTICLE HERE

Link Up With HAJI ON FB 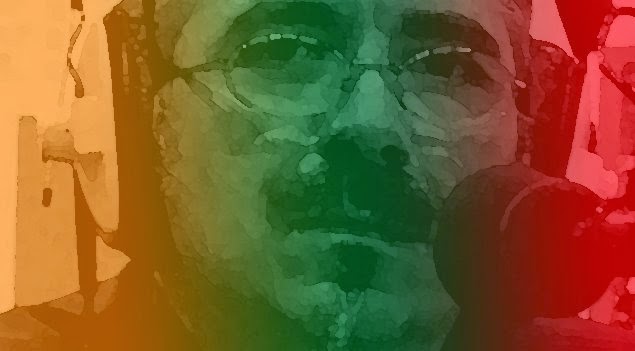 Haji Mike started his radio DJ adventures back in the late 1970's at University Radio Essex. 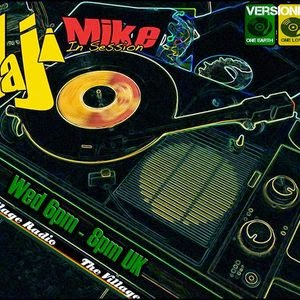 He's a DJ that enjoy's playing the music, discussing the music to the audience, it's evident when you hear Haji on the radio wether it be a live show or podcast, I've never heard a DJ that is so at ease with playing music live to a watching audience as is the case these days with cam lounges and chatrooms intergrated into stations, he simply is not phased by any of it, that's years of experience working along side his easy going manner equalling a very chilled out listening situation. He'll play anything that he likes, he'll go down eclectic avenue then take the vibe to the classics then drop in some pure underground vibes without fanfare just rollin' in nicely, he'll also -and this is lacking today with so many DJs -  tell a story about a particular tune or artist he's just spun, how it relates to his life, sometimes he'll give a verse or two of some dub poetry for good measure whilst treating the listeners to one of his own collaborative releases.
He's worked many collaborations during the past twenty five years and in his own words some were great, and some he'd rather forget. I first discovered Haji's dub poetry by listening to the album 'Virtual Oasis' a wonderful collab with Dub Caravan that I came across by surfing the web blind style one evening a couple of years ago and I was hooked and thus this started my own personal link up with Haji, I presented a two hour showcase of Haji's works on the radio in 2014 and continue to spin a tune or two nearly every show and like most fans of musicians I embarked on collecting his works which has included some rare stuff sent to me by the man himself.  Having Haji DJ at our station and profiling at our site 'Versionist' is the icing on the cake. I sent him a Flow Prod riddim a while back, I didn't say a word, left it at that, two days later or so we had an exclusive dubplate for the Village station with just about all the DJs playing it for a few weeks, natural collaboration spesh that. Every DJ listed at the station during that time had a name check on it.
G.R 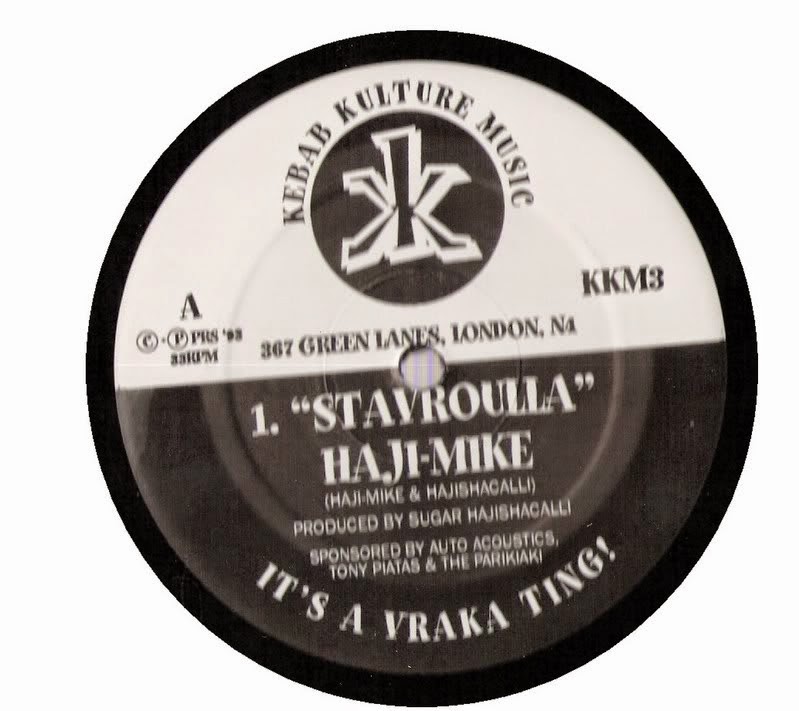 "I hope this tune makes it cos it looks like a fried dumplin' selection" H.M

Haji Mike is an Associate Professor in the Department of Communications, at the University of Nicosia.

2001-2008 – NGO activism music/community media phase founded Poetz4Peace with Zeki Ali and
Steffen Franz (USA) most releases self-manufactured (CDLP) and co-produced with key group members
Steffen Franz/Haji Mike/Mike Cherry/Mike Minas. Developed Olive Tree Music as a label and studio and during  this time very few solo releases came out. Also a great period for touring abroad. Poetz4Peace appeared at the Sierra Nevada World Music Festival – USA 2004.Haji Mike also toured with Steffen Franz on ‘The Power of Words’ tour – 2007 and recorded material online and in the Studio in San Francisco with Steffen Franz, CES One and Mike D for his third solo LP, ‘The StoryMan’ which was an LP of many collabs.

Around 2006 started doing first collabs online starting with ‘Babylon Kingdom Must Fall’ this was a demo submitted online to Alpha & Omega. Despite their positive response to the lyrics it did not make the remix release project so it never came out. Around this time linked up with Bandulu Dub from Portugal resulting in around 20-30 songs online. Some of these were lost due to hard drive problems in both ends of the mix. A couple of tunes got released officially. Bandulu Dub toured Cyprus (2008) Haji Mike toured Portugal (2008) and this he linked up for first time with an artist then called Russtafarian – who later became known as  Dub Caravan. This was a time of many collaborations 3 songs with Sonic Crime and  from about 2006, following the passing of Zacharais ‘Sugar’ Hadjishacalli, who produced many of Haji Mike’s early tunes (1990-94)  linked up with Sugar’s Brother, Don V Louie. This is probably the loosest most improvised collaboration ever. Whenever Haji passes through Louie’s Turnpike Lane Studio the two do tunes on the fly. There’s a few tracks unreleased from this but one (see below) has come out via social media (not as a free download though).

2013-present…with the passing of his father Philippos, Haji Mike made very few tunes in 2013. Towards the end of the year a collab
Began with Med Dred, locally based Reggae and Dub Producer. These songs will be coming out at some time in the near future. 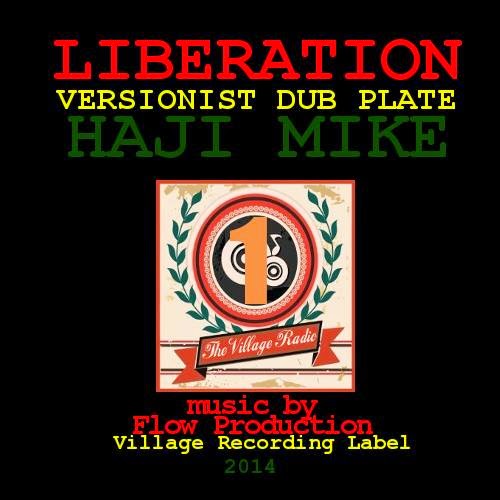 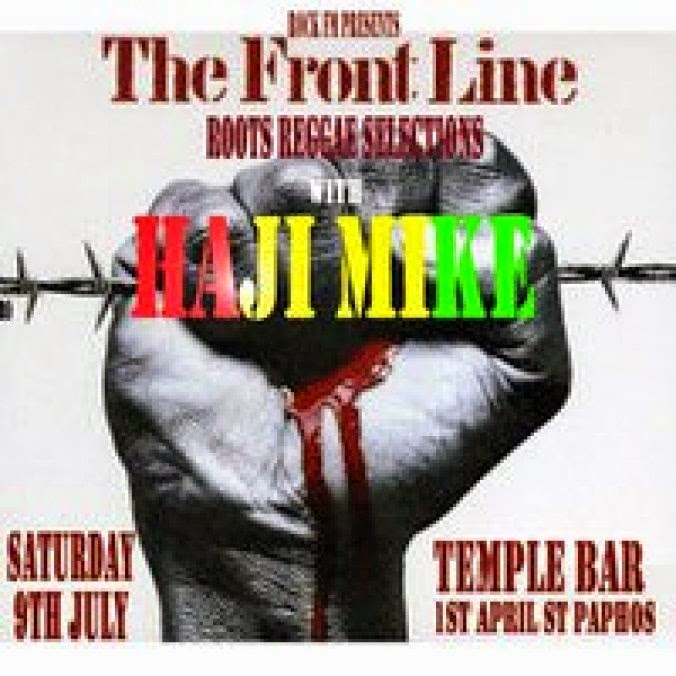 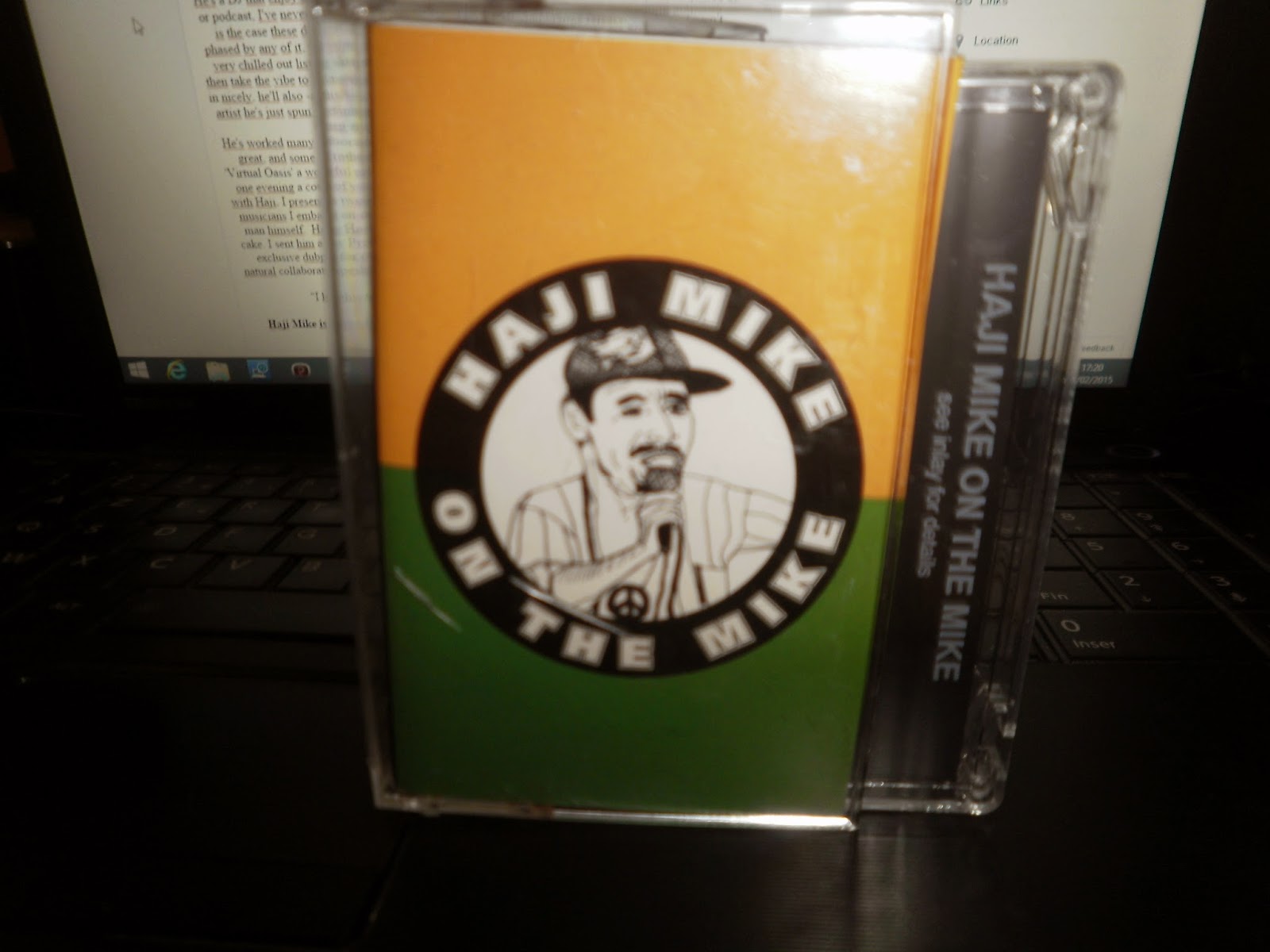 Haji Mike first appeared on the Mic in 1990 and is celebrating his silver jubilee!
Posted by Gibsy Rhodes at 9:10 AM

Sounds From The Underground 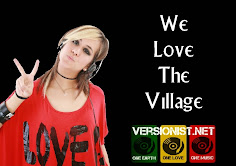 Every Saturday At The Village 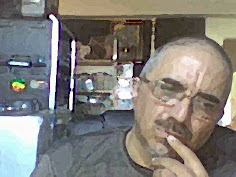 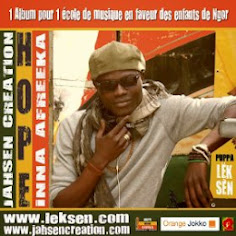